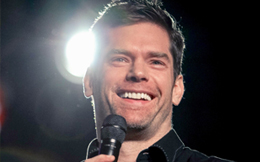 Dallas Jenkins produced the independent feature Hometown Legend at the age of 25 and brought it to distribution by Warner Brothers. He made his directing debut with the short film Cliché, and his next short film, Midnight Clear, starring Stephen Baldwin, won a Crystal Heart Award from the Heartland Film Festival and was the opening-night selection of the San Diego Film Festival. He is the co-executive producer of Though None Go With Me, a Hallmark Channel feature that aired in April 2006. In 2007, he directed and produced Midnight Clear, based on the short, which won awards in festivals all over the country, including the Cinequest Film Festival’s Special Jury Prize for “Best First Feature,” and the “Audience Favorite” award at the Kansas International Film Festival. It is currently available on DVD from Lionsgate. His production What If…, starring Kevin Sorbo, Kristy Swanson, Debby Ryan, and John Ratzenberger released in theaters in 2010 and is currently available on DVD.  His latest feature film, "The Resurrection of Gavin Stone" released to theaters in 2017 from Blumhouse Productions, WWE Studios, and Walden Media. Dallas is the Senior Director of Media at Harvest Bible Chapel, a mega-church in the Chicago area.